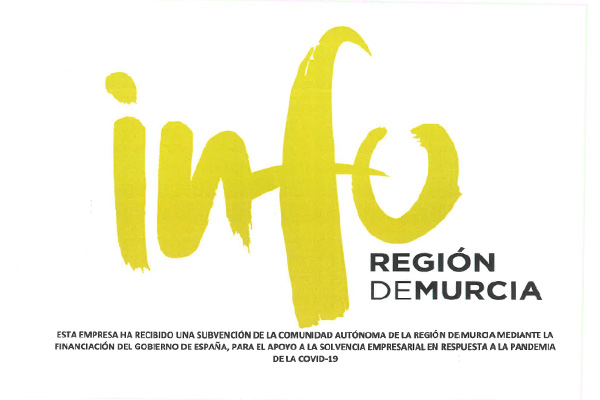 Lorca, whose urban centre was declared ´a Town of Historical and Artistic Interest´ in 1964, is described as ´the baroque city´, due to the important baroque heritage of its historical centre, one of the most important in the Region, and the historical events that have shaped modern Lorca from the Iron Age to our time. Mention must be made of the numerous archaeological sites, the Columna Miliaria dating from Roman times, the Espolón Tower and the Alfonsina Tower, a Christian construction dating from after the Reconquest; the ´Porche de San Antonio´, the gate through the old wall that surrounded the city (in the 10th century), the numerous churches and convents dating from different periods and built in different styles (15th century to the 18th century), the baroque palaces and stately homes, such as the Guevara Palace, the Palace of the Counts of San Julián or Casa de la Mula, the military fortress that restructures the medieval castle on an inexpugnable site, or the paved streets around Plaza de España, with popular architectural buildings imbued with strong traditional character, such as La Zapatería y La Cava. Mention must also be made of the spectacular Biblical-Passion Week procession in Lorca, with the fervour of whites and blues, blues and whites; its traditional craftwork, with items still produced using craft techniques, such as ceramics, wall and floor carpets, intricate embroidery and iron forging.

The people of Lorca are the protagonists of, and the driving force behind, the changes that are taking place in the town, and aimed at designing a strategy that will help to interpret, establish themes and communicate its rich heritage, and which will help to bring visitors to the historical, cultural, architectonic and artistic values of Lorca, in an attractive, interesting and unique way.

Visitors are always made more than welcome in Lorca, and its year-round good weather, restaurants, hotels and first-class tourist infrastructures, all combine to add to the rural tourism on offer in the largest district in the Region of Murcia. The city and its nearness to its many mountain chains and areas of great natural beauty make Lorca a place to really have a good time.

If you are lucky enough to be in the area at Easter Lorca holds one of the largest and most spectacular fiestas in Spain.

Easter week in Lorca is one of the most important and original religious representations in Spain. Current Biblical Festivals started in 1855. That year, 30 people paraded for the first time in order to celebrate the day when Jesus entered Jerusalem, scene also known by the locals as “The Hebrew People”. This festival was organised by The Honourable Society of our Lady of the Rosary, known as White Brotherhood.

One year later, the Society of Farmworkers, also known as the Blue Brotherhood, set the first group based in the Old Testament, called “Street of Bitterness”. Between 1856 and 1864, the number of Biblical scenes to be represented in the parades increased, and so did the number of allegoric characters – Jacob, David, Abraham, Solomon, Moses, Esther, Sarah, Judith… Since then, the Biblical Parades have taken place almost every year, except for some years when the town has undergone economic or political difficulties.

From 1876 to 1891, a new period began in which walking groups were still a majority. In this period, some scenes were extended, other were created and other just disappeared. From this period there are characters such as Solomon, Anthiocus, Assuerus, Belshazzar’s Feast or Sesac.

In the period from 1894 to 1905, the festivals bettered themselves. Nevertheless, from 1905 and during the whole 20th Century the festivals improved considerably: groups became bigger, they cared more about details, and they added in horses and carriages. Costumes are made of satin, velvet and lamé with superb embroideries made of silk, gold and gems. Kings, emperors, magnates, priests, Persians, Egyptians, Babylonians, etc, bring back to life scenes and episodes from the Bible, in order to create a truly popular show remembering the main facts in the HISTORY OF SALVATION.

Request a call back